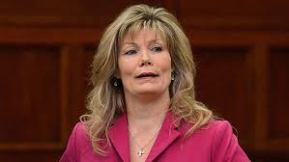 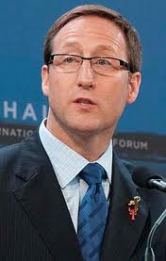 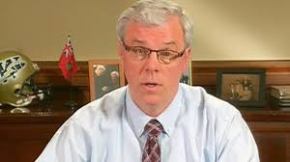 Manitoba’s senior federal cabinet minister Shelly Glover seems to think her expertise extends to and should influence decisions made by a Review Board. I Googled Shelly Glover and noticed discriminatory dimples but no association, affiliation or education regarding mental health let alone forensic mental health. She doesn’t appear to be a lawyer, a psychiatrist or anyone who might be informed enough to comment on a decision made by a Review Board. Like the other politicians who have jumped on the decision her only qualification appears to be ignorance and stigma. Stigma is everywhere but when it becomes entrenched in a political party its effects shift from being individual to being systemic and collective.

MP Shelly Glover is a patrol sergeant with the Winnipeg Police Service on leave to promote conservative rhetoric. I’m assuming when she was working she left the application of justice to experts. She seems to have not been involved in the arrest of Vincent Li and I can see no formal footing to involve herself now. It is politically advantageous to stick her nose where it doesn’t belong but it is a public disservice. Her words are stigma. I rather doubt Shelly Glover had much to say to crown attorneys, judges and psychiatrists when she knew her job. Her influence as a police officer was to gather and present evidence. As a police officer she served everyone not her specific ideas, interpretations and in this case miscalculations.

The Manitoba government, specifically Premier Greg Selinger said he is opposed to the decisions made by the Review Board. Mr. Selinger made his comments from Toronto where he was attending an energy conference. We need experts like Greg Selinger here in Ontario. We need politicians with enough knowledge and expertise in energy matters that we can also call on to question complicated medical and legal proceedings.

These politicians are tripping over themselves to denounce a single extraordinary case not because of any failings in the rehabilitation of Mr. Li but to garner votes. Unfortunately, many Canadians are as informed as Stephen Harper, Peter McKay, Shelly Glover, and Greg Selinger. One day politicians will do what is useful for Canadians rather than their political aspirations. If these individuals cared about stigma, mental health or even justice, they would calm constituents rather than rally their misconceptions and ignorance into political gain.

Discrimination can be policies, ideas, practices and laws. Mr. Li has a mental disability. He has schizophrenia. How we view and adjudicate to Mr. Li is not only an act towards him but an act towards his illness. Mr. Li’s crime was disturbing but we must step to the side of our reactions and separate the individual from the illness. We can see the crime but we must recognize what is a symptom. A symptom is not a choice and guilt is not the act but the act of knowing. It has been proven Mr. Li could not appreciate the nature of the act. When we can recognize the symptom it enables us to see the person.

Justice Minister Peter MacKay is quick to point out his involvement with victim groups. Has he ever met with anyone found Not Criminally Responsible? Has he ever sat down with their families? When a government is making laws around any issue it is our right as citizens that the entire situation is considered. There are few votes among the individuals and families who are linked to the accused. The Conservative government must recognize that justice is not politics. Justice is not a vote.